ARTIST STATEMENT
In 1974 Lotte Jacobi asked me what the fundamental aspects of photography were.

I replied, “the lens and film.”

She rebutted, “light and paper.”

When I told Anni Mackay this story she immediately said, “that is the name of your new series.”

During the winter of 2017-2018 all of my plants were inside and I was preparing a manuscript, Warm Room: Photographs from Historic Greenhouses for David R. Godine, Publisher (Boston, MA 2019).
Working directly with light, paper, and plants was a shift in cadence that I needed within my studio practice. It forced me to look again at the fundamental aspects of photography:
How does transparency relate to the tone in a picture?
What happens when objects are on the paper versus at a distance from it?
How does the direction of the light effect the distribution of shapes in the resulting print?

These cameraless pictures are on 16 x 20 inch gelatin-silver sheets and are negative prints. The reversal of tones appealed to the surrealist artists of the 1930s, who favored images that seemed to erupt from the unconscious. I like the fact that it is a direct process that has a beautiful luminous quality.

Leo Katz called the pictures that Lotte Jacobi made from 1930-1960 photogenic drawings, borrowing the term from the first British photographs created by W. H. F. Talbot in the 1820s. Anna Atkins made Victorian cyanotypes of her plants, which hold a place within the history of photography. One could say that there has been a secondary tradition of making cameraless prints from the 19th to the 21st century.

In 1977, after completing his MFA thesis at Rochester Institute of Technology about his then mentor, Lotte Jacobi, toured for two years with and assistance from the NHCA.

His photograph series, Rural Systems: Photographs from Lamoille County Vermont (1978) was shown at Middlebury College with funds from the VCA and professional development from the VSC. With the aid of the NEA, this series was shown at the Eastman Museum. Comprised of silver prints, these photographs became part of a group show, New England Perambulations, that originated at the Addison Gallery of American Art and subsequently toured with a catalog via the assistance of the Polaroid Corporation and NEFA.

The Hurt Dance: Photographs of Endurance Athletes (1986) was exhibited at the Fogg Museum, MIT, Dartmouth College and the Fleming Museum, among other venues. This work is included in Game Face: What Does a Female Athlete Look Like (Random House 2003), which originated at the Smithsonian Institution before a SITES tour of seventeen US cities.

Moriarty's series of photographs, Warm Room: Photographs from Historic Greenhouses,(1996) is to be published with architectural drawings and site notes by Godine in 2018.

Peter maintains a studio in Clinton, MA. Since 2015, his photographs have been represented by Anni Mackay at Bigtown Gallery in Rochester, Vermont. 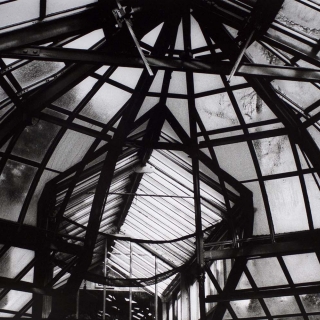